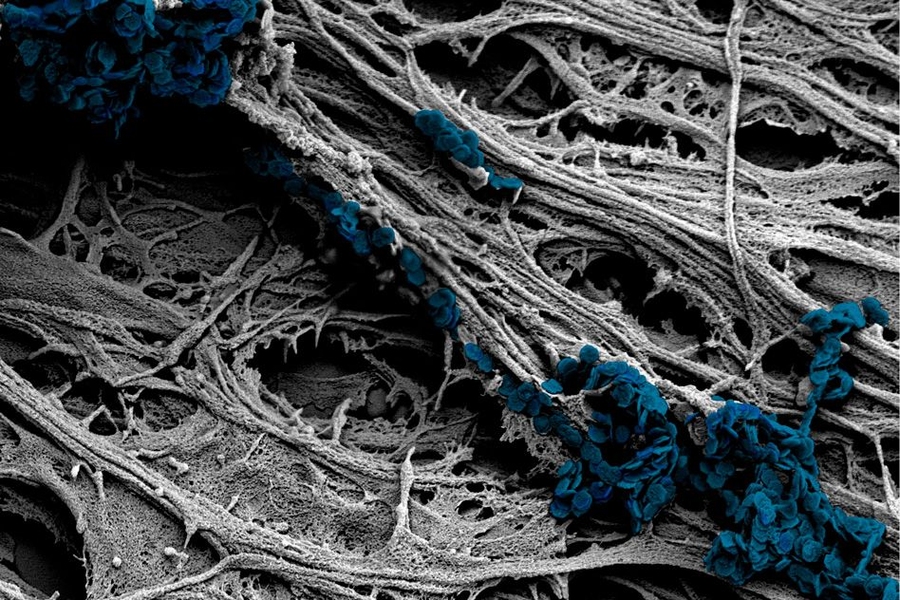 In addition to responding to electrical and chemical stimuli, many of the body’s neural cells can also respond to mechanical effects, such as pressure or vibration. But these responses have been more difficult for researchers to study, because there has been no easily controllable method for inducing such mechanical stimulation of the cells. Now, researchers at MIT and elsewhere have found a new method for doing just that.

The finding might offer a step toward new kinds of therapeutic treatments, similar to electrically based neurostimulation that has been used to treat Parkinson’s disease and other conditions. Unlike those systems, which require an external wire connection, the new system would be completely contact-free after an initial injection of particles, and could be reactivated at will through an externally applied magnetic field.

The finding is reported in the journal ACS Nano, in a paper by former MIT postdoc Danijela Gregurec, Alexander Senko PhD ’19, Associate Professor Polina Anikeeva, and nine others at MIT, at Boston’s Brigham and Women’s Hospital, and in Spain.

Postocotoral associate, focusing on organ modulation such as on demand control of hormone release from adrenal glands and investigation of the gut-to-brain axis.