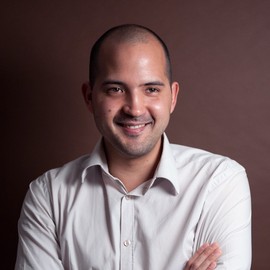 MJ joined the Bioelectronics group in July 2016, as a Ph.D student in medical engineering and medical physics at the Harvard/MIT HST department. After completing a mechanical and industrial engineering diploma from Arts & Métiers ParisTech, he pursued a M.Sc in biomedical engineering at the Imperial College London, where he developed a low cost 3d Printed prosthetic hand. Before joining the lab, MJ spent a year in the Graybiel lab learning neurosciences with Dr. Sebastien Delcasso while studying neuronal dysfunction in a new animal model of Huntington’s Disease. Here in the Bioelectronics group, MJ is currently working on the improvement of polymer fibers for neural recording and stimulation. Outside engineering and Neurosciences, MJ enjoys playing squash and volley-ball, travelling and cooking.